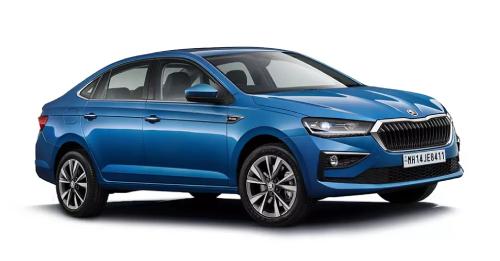 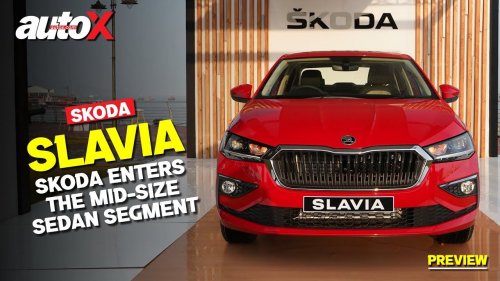 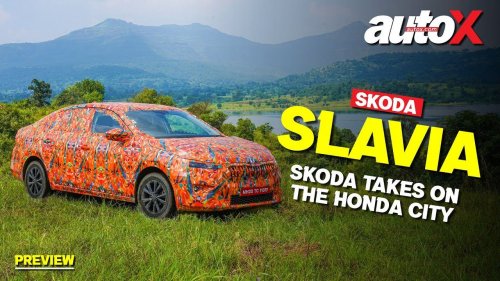 The Skoda Slavia is a mid-sized sedan that will be based on Skoda's MQB A0 IN platform underpinning Skoda's Kushaq mid-sized SUV and Volkswagen's Taigun. Like those cousin mid-sized SUVs, the Slavia will also share underpinnings and other bits with Volkswagen's upcoming mid-size sedan, the Volkswagen Virtus. The Skoda Slavia's front end takes design inspiration from the larger sibling, the Octavia, as well as the international spec Fabia. The car gets a large front grille and LED headlights complete with integrated DRLs. The lower bumper gets additional accents. The car gets a clean profile and a slightly swept hood. The dimensions of the Slavia come in at 4541mm in length, 1752mm in width and 1487mm in height. The Slavia also gets a 521-litre boot.

The Skoda Slavia interior is posh and polished. It takes interior cues from the SUV Skoda Kushaq. The centre console is decorated with a 10-inch infotainment screen. The driver's cockpit gets an 8-inch display as well. The Skoda Slavia gets a dual-tone dashboard with black and beige finishing. The dash also gets brown accents that replicate wood and piano black accents as well. The driver cockpit features a two-spoke steering wheel and a wireless charger sits under the digital infotainment screen. On the rear, the Skoda Slavia gets rear AC vents, USB ports and adjustable headrests as well. 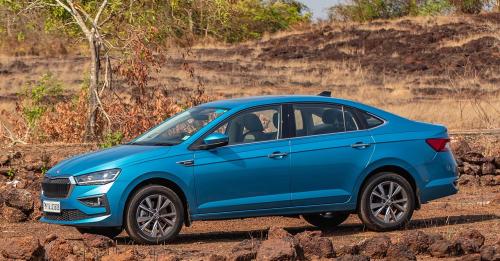 Skoda Slavia's 1.5-litre TSI has stepped into a niche segment of its own. The new Czech sedan with a larger engine could be an antidote for SUV driven Indian automotive market. Read more.... 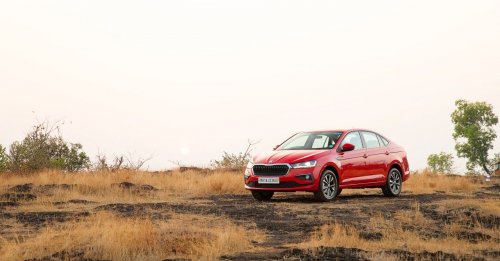 Skoda has brought the heat back to the sedan segment with the Slavia! Prices start at Rs 10.69 lakh for the 1.0 TSI variants, bookings are already open and the Slavia's ride, handling and feature....

Skoda India will be doing a staggered launch for the Slavia mid-size sedan – choosing to announce prices on two separate dates, first for the 1.0 TSI models followed by prices for the 1.5 TSI.... 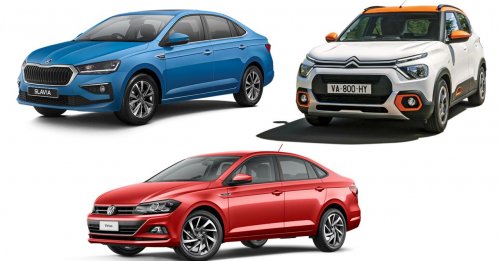 While homegrown giant Maruti Suzuki is set to bring the next generation of its premium hatchback, the Baleno, the VW Group is all set to revive the sedan segment in India with two exciting launches!....

What is the current on-road price of Skoda Slavia?

What is the price of the top variant of Skoda Slavia?

Which year did Skoda introduce the Slavia in India?

The Skoda Slavia, in its current form, was introduced in 2022 .

What are the top competitors of Skoda Slavia?

The Skoda Slavia goes up against the Skoda Rapid TSI and Tata Tigor EV in the Indian market.

Skoda Slavia Price in Nearby Cities