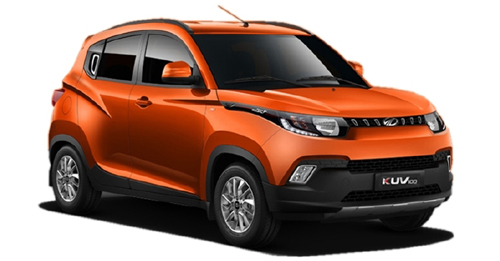 Mahindra's all-new KUV100 is aiming for a segment that it hasn't ventured into before, and as we all know – a model foraying into a new segment can be quite challenging. Does the KUV100 have what it takes to appeal to Indian customers, given its unique appeal? We find out.

The KUV100 looks more like a hatchback that's been enhanced further to resemble a crossover. There are lots of curves all over the car. At the front, it gets a slender grille, and the stylish headlamps flow over to the side fenders. The side profile boasts of mildly flared wheel arches, and as you move to the rear, there are bold creases below the D-pillars that flow into the tail section. At the rear, the KUV100 looks quite chic with those rectangular tail lamps and the subtle spoiler. Above the car, it gets mildly raised roof rails well.

The KUV 100 has well-designed interiors. For instance, the floating dashboard looks rather nice. The quality of plastics used for the switchgear and the overall fit-and-finish is quite good, taking the aggressive Mahindra KUV100 NXT on-road price in consideration. The seats are comfortable, and there's adequate room at the front, especially on the six-seater version, wherein three occupants can be seated abreast. There is decent legroom as well, but we'd recommend the front passenger seat to children instead. The rear bench too, provides good support and generous bolstering as well. There's also a seatbelt for the third passenger at the front.

The Mahindra KUV100 comes with a new pair of engines: a 1.2-litre petrol and diesel engine. The former produces 82bhp and 115Nm of torque, while the latter makes 77bhp and 190Nm of torque. Both engines are paired to a 5-speed manual gearbox. The petrol and diesel engines are linear in their power delivery and are pretty refined as well. The steering, on the other hand, is well setup and has decent weight to it as well. The KUV100 feels planted at high speeds, while the ride quality is pretty good as well. The car's brakes bite quite aggressively, which is a boon considering the Mahindra KUV100 NXT price segment and height, with the car stopping in a straight line.

The Mahindra KUV100's ARAI-certified fuel efficiency figure is rated at 22kmpl for the diesel model and 16kmpl for the petrol model. 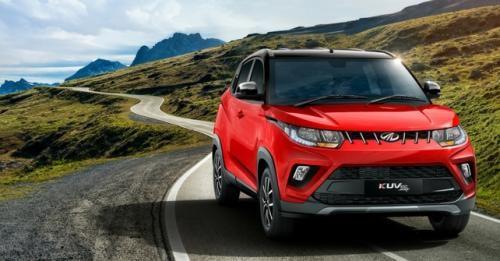 Mahindra and Mahindra has launched the KUV100 NXT at a starting price of Rs. 4.39 lakh - ex-showroom, Delhi. The ‘NXT’ suffix basically represents the facelift that the Mumbai-based carmaker has....

What is the current on-road price of Mahindra KUV100 NXT?

What is the price of the top variant of Mahindra KUV100 NXT?

Which year did Mahindra introduce the KUV100 NXT in India?

What are the top competitors of Mahindra KUV100 NXT?

The Mahindra KUV100 NXT goes up against the Kia Sonet and Renault Kiger in the Indian market.