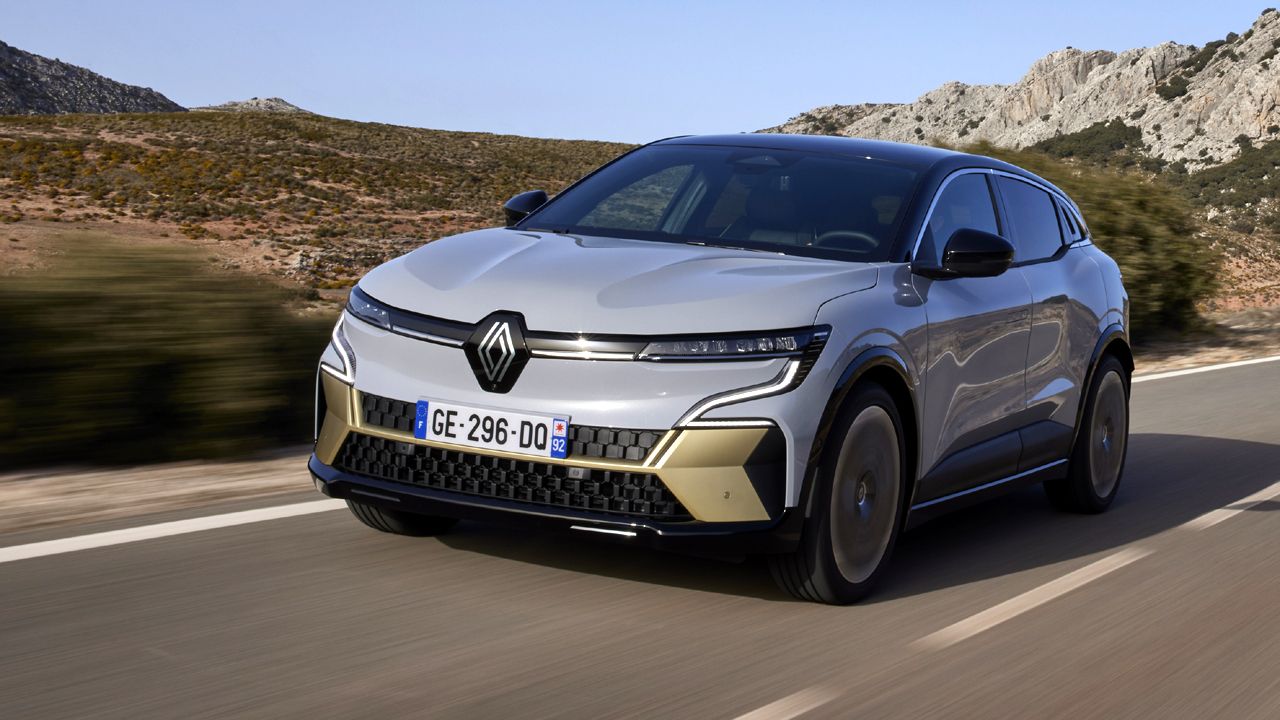 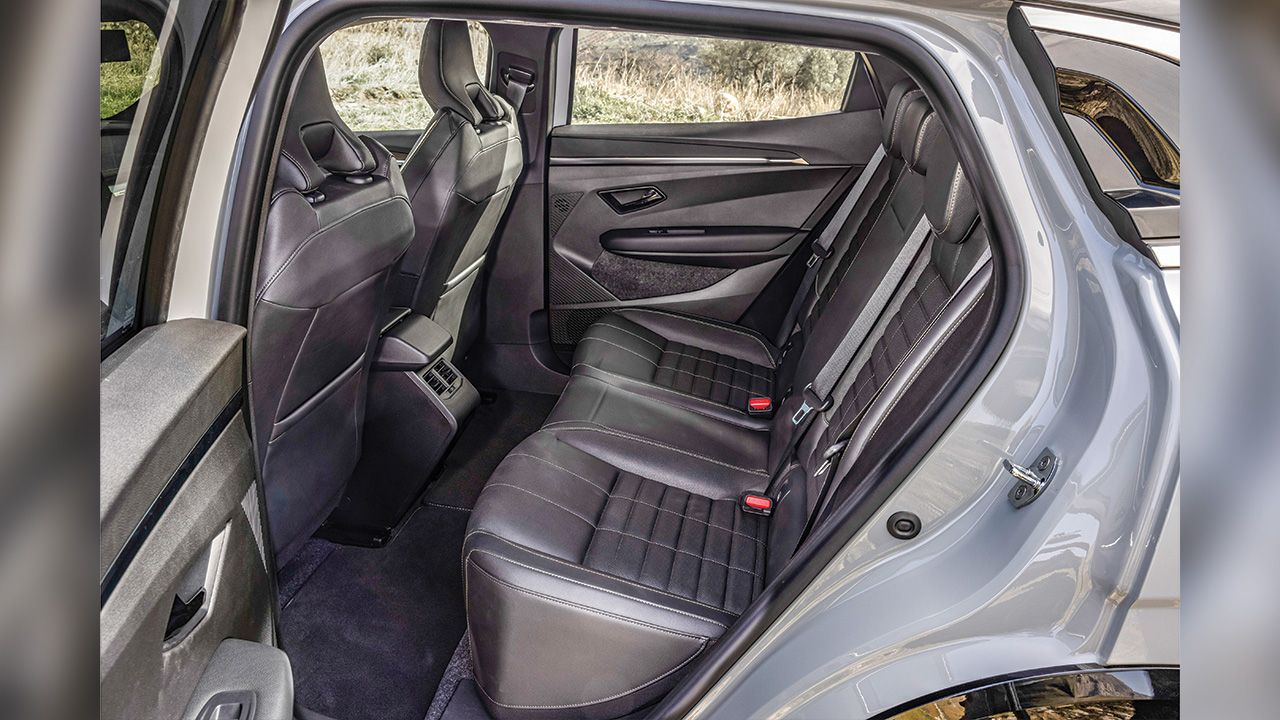 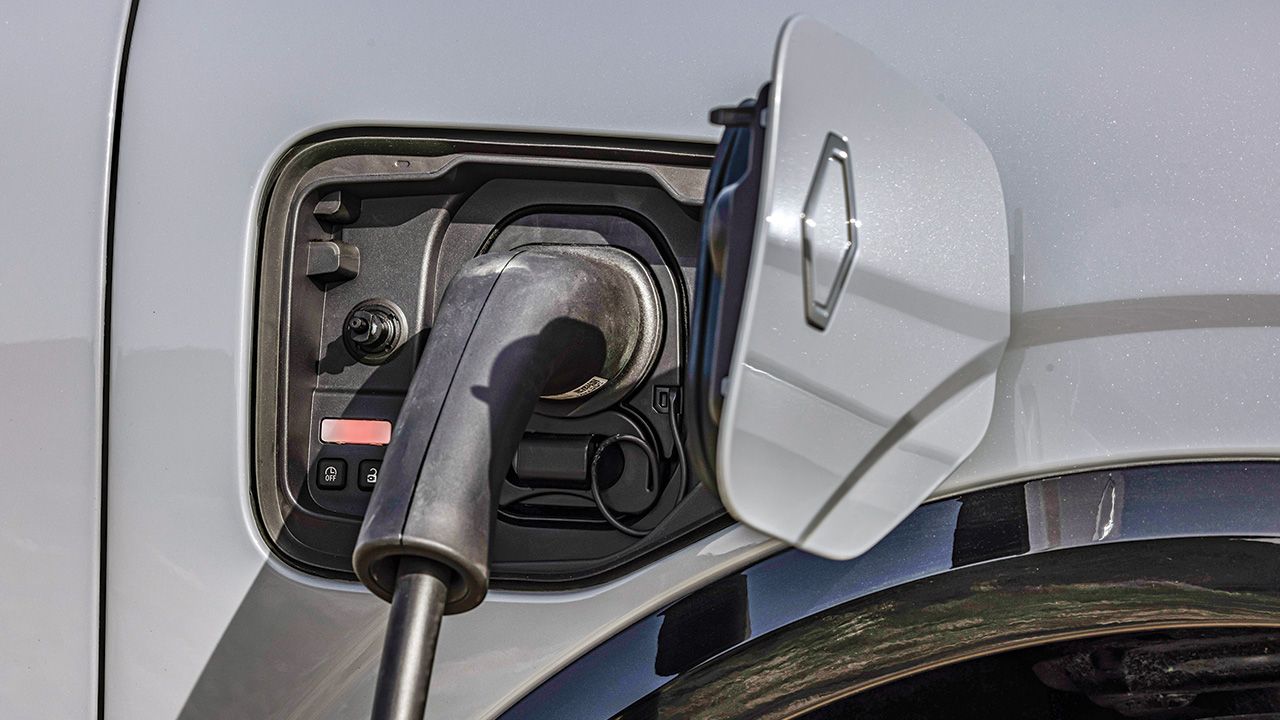 The Megane EV is Renault’s big-ticket entry into the EV world. And while it goes on sale in Europe next month, Renault is considering bringing the Megane EV to India. We drove the electric hatchback in Spain to see what it offers and if it would make sense for the Indian market.

A careful look at the automotive history makes you realise that apart from technological advancements – something that the automotive industry can certainly take pride in – policies and regulations have played a very critical role in driving big changes. For example, while the use of airbags and ABS was on the rise in India, the fact that they have now become mandatory in all cars has definitely improved vehicular safety.

Similarly, a large part of EV development is driven not just by technological progress but also by the commitment of governments to reduce their carbon footprints. And to that end, the Indian government, too, has been making the right noises, based on which Renault India is currently contemplating a plan regarding its medium-term product offerings. 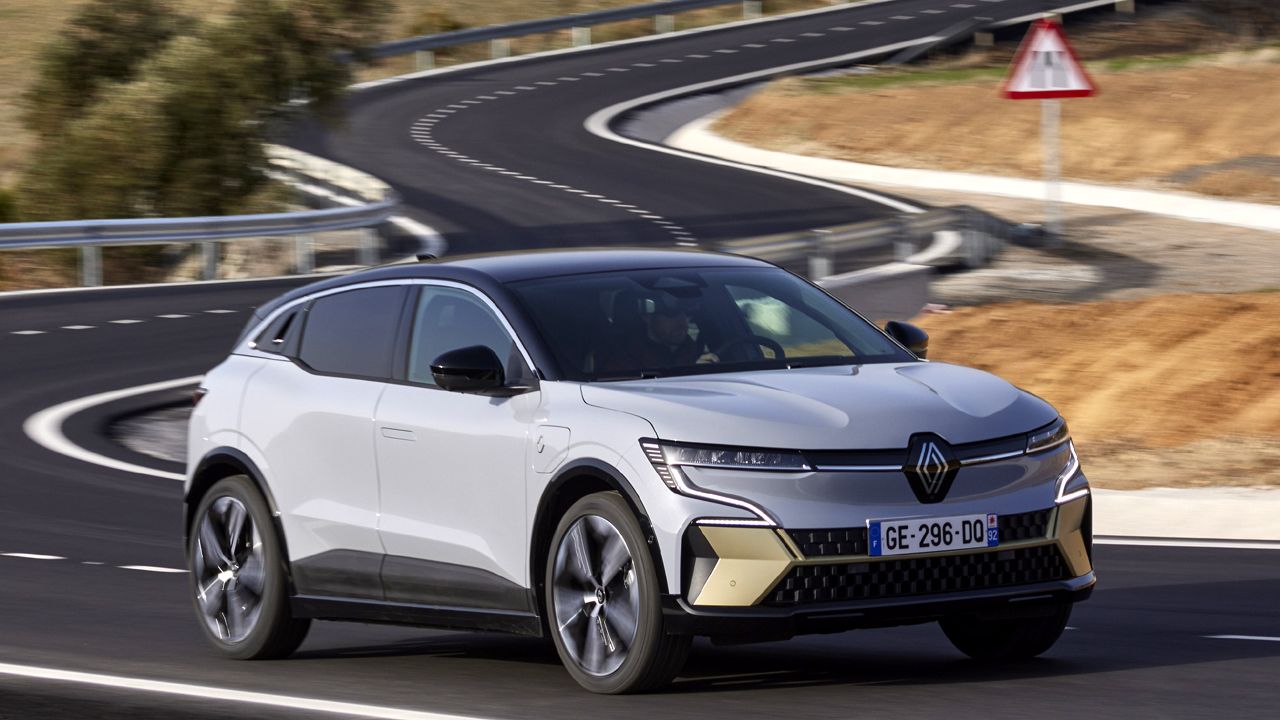 Will our future be electric only? Or will there be a mix of ICE and EVs? And more importantly, will a vehicle like the Megane work in India? To get answers to these questions, Renault invited us to Spain to drive the Megane EV and provide our view on whether it would be suitable for India.

The Megane line-up is one of Renault’s largest selling vehicle lines – in fact, it’s immensely popular in Europe. So, the EV variant of the Megane naturally is big news. Based on the CMF-EV platform, the Megane EV has been developed as an electric vehicle from scratch. Powering the electric powertrain in our test car was a 60kWh battery, which gives the Megane a claimed range of 470km – a smaller 40kWh battery option is also available, which provides a claimed range of 300km. And the electric powerplant produces 220bhp and 300Nm of torque. The EV comes with two special features, which have been developed specifically for it – a quick steering rack, which means that minimal steering inputs would be enough on twisty roads, and a multilink rear suspension, which is claimed to improve the ride comfort. 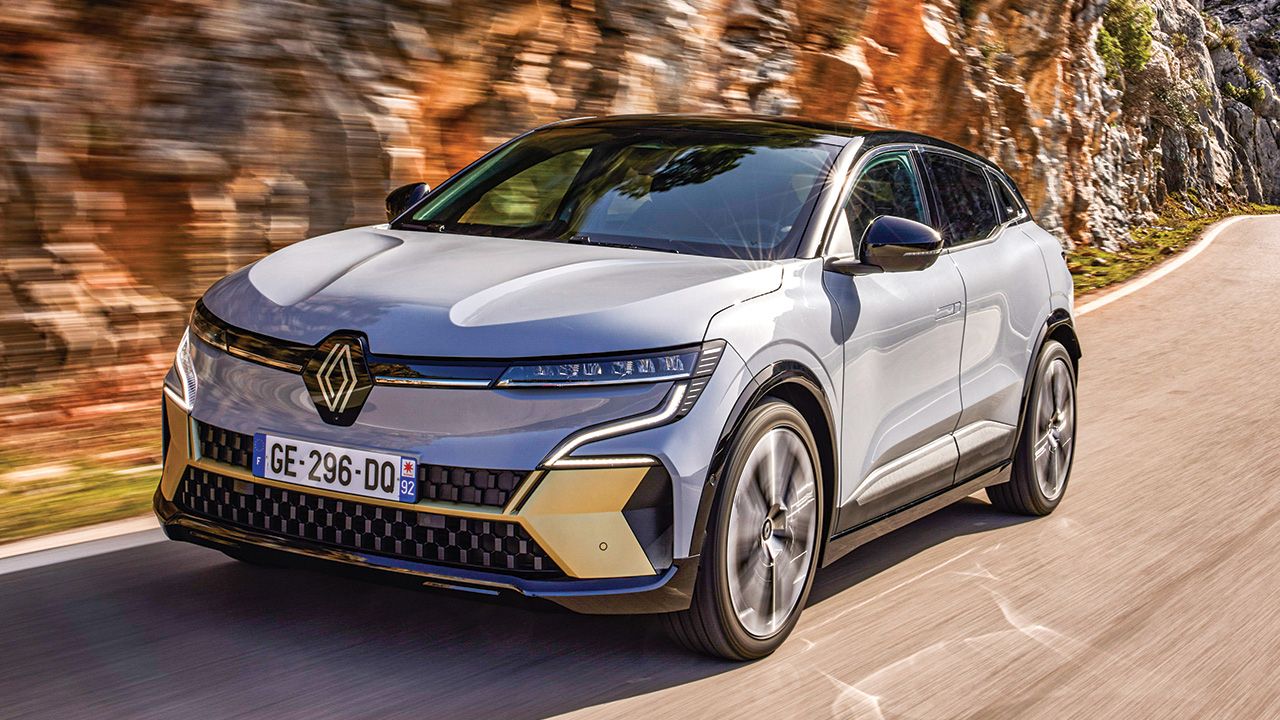 The Megane line-up is known for its quirky and distinctive styling – a trait pretty evident in the whole product portfolio of Renault – but in its EV form, I think, the Megane has become a bit more traditional. It has a rounded front end, with a big Renault logo and sleek headlights. Our test car had gold detailing, which made it look quite distinctive.

The electric platform, with a 20-inch wheel at each corner, gives the Megane a squat and purposeful appearance, and the flared haunches make it look quite muscular. There is a kink in the C-pillar, which reminds me of the BMW i3. The rear end of the Megane, with the big lettering and the full-width taillight, has a lot of character and is, perhaps, my favourite part of the car in terms of design. 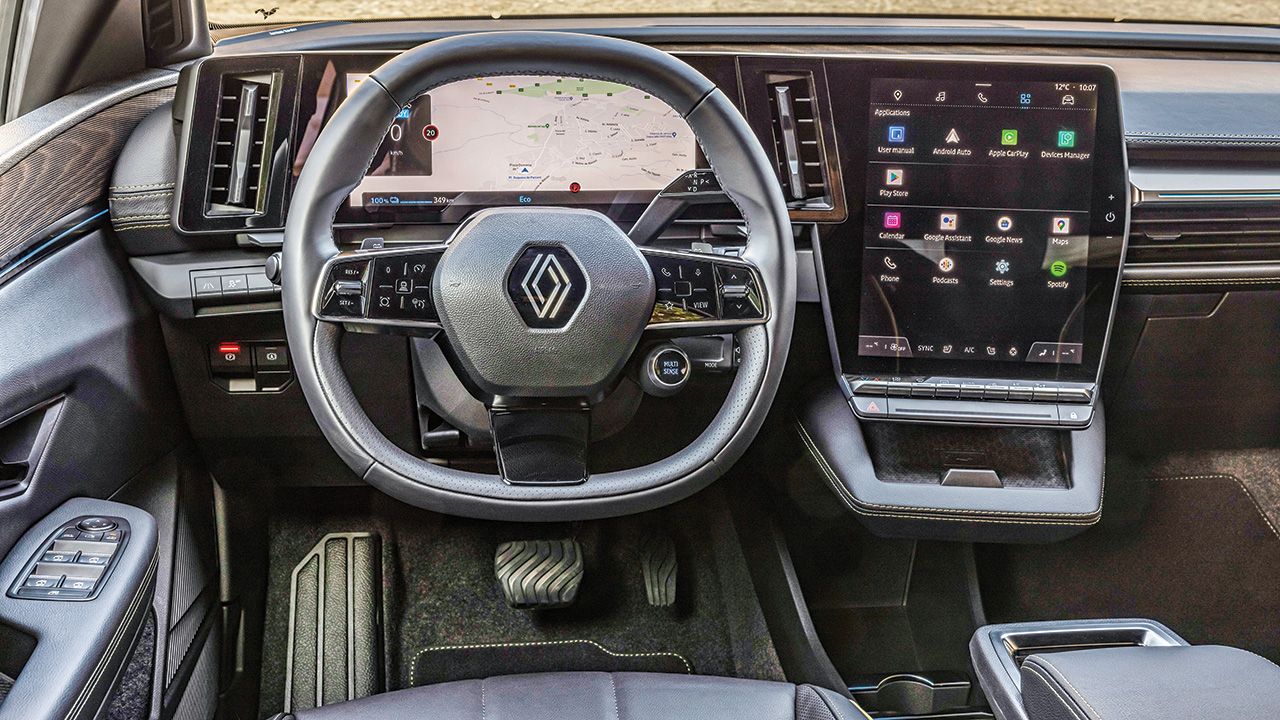 Of course, being a European-market product, the quality and fit-and-finish of the car is superb. The interior feels very well put together and quite intuitive, with the big multimedia screen taking centre stage. Thankfully, some of the controls – such as the air-conditioning and temperature setting – are still physical switches, which means that you can use them without taking your eyes off the road. Interestingly, the Megane’s chassis has a wheelbase of 2,700mm, which is quite long, but inside, the car doesn’t feel as spacious as I thought it would. Sure, four adults can fit in perfectly well, but overall, the cabin doesn’t feel very spacious. On the other hand, it does get a very large boot.

Now, in the EV world, huge torque figures are a given, with 500 – 600Nm being quite normal. So, when I saw that the Megane only gets 300Nm, I was a bit surprised. Given the overall weight of the car, I wasn’t sure if the performance would be satisfactory. But, out on the road, when I floored the throttle, I was once again surprised to be proven wrong – the Megane, against my expectations, shot forward like a rocket. Sure, on paper, it might not sound much, but with its 220bhp and 300Nm, the Megane offers more than enough performance for both the city and highways. 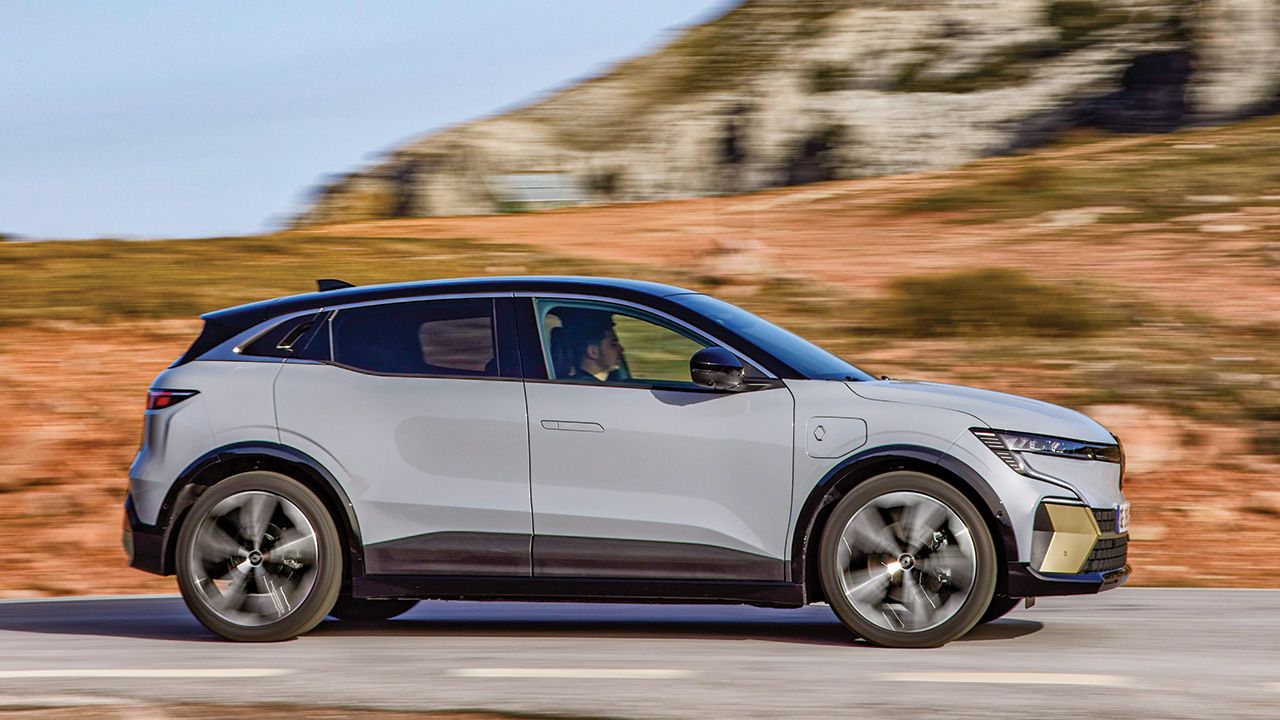 Now, another thing that I wasn’t sure about was its quick steering rack – I have driven some other cars with a sharp steering response, and I think that sometimes it can make a car behave a tad nervously. But the Megane once again managed to surprise me. Its steering has been set up beautifully, and even at the sharpest curves – we found a fair few around the Andalusian mountains – I never needed to use more than a quarter turn. The steering not only had a very good feel to it but also felt completely natural.

During the test, we also came across some broken roads, and I must say that even the Euro-spec Megane’s suspension seems capable enough to tackle Indian roads with ease while providing excellent ride comfort. 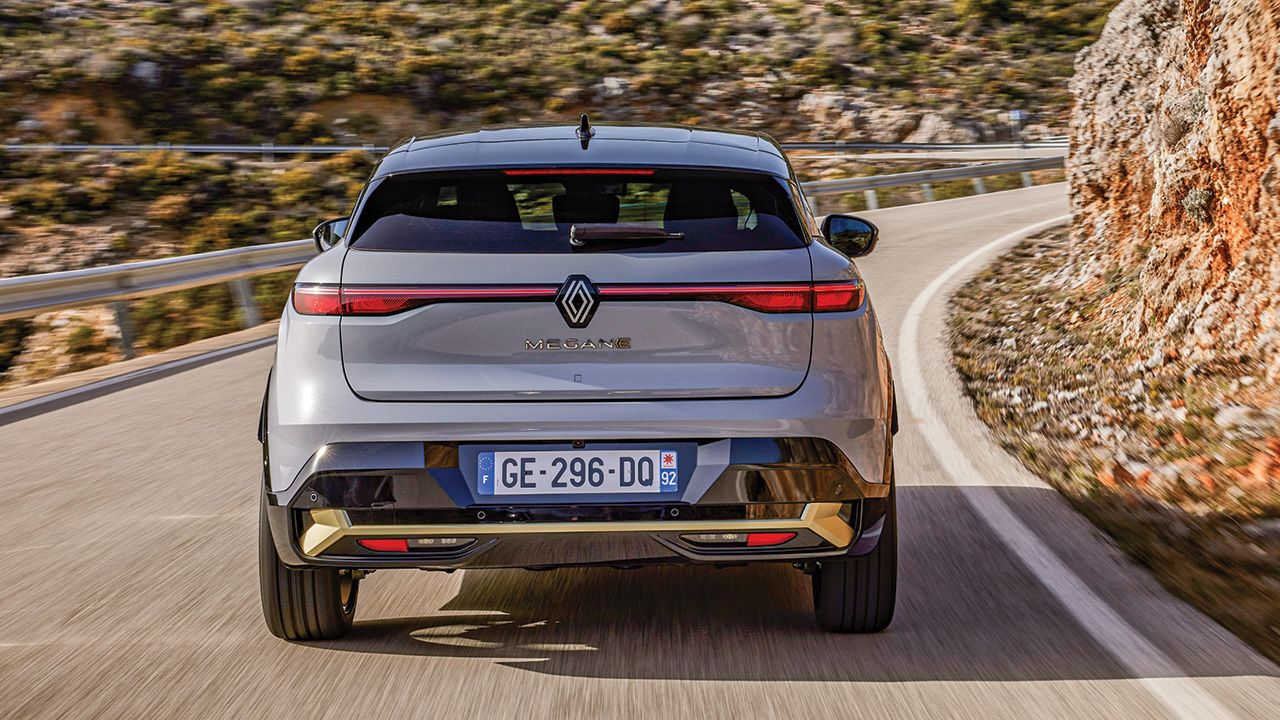 Coming to the range, while the claimed range of the EV is 470kms, in real-world driving conditions, the Megane could easily offer around 350kms of driving range – and if you happen to be a careful driver and use the energy-recovery system effectively, the figure could possibly rise to 400kms. With 350kms of range, the Megane is, then, very practical and would suit the needs of most customers.

'With perhaps a bit more ground clearance, the Megane EV would be quite suitable for India'

Elephant in the Room

In its current form, with maybe a bit more ground clearance, the Megane would be quite suitable for the Indian market. Even with the smaller 40kWh battery pack, it should provide enough range for most customers. And its look and quality levels are anyway above par. However, like all EVs, its biggest hurdle in the Indian market would be the price. Looking at its pricing in Europe, there is no doubt that the Megane would be prohibitively expensive if brought in via the CBU route, which means that it would need to be locally assembled to have a relatively attractive price point. So, if Renault does decide on its EV future in India – the brand is currently working on a plan – the Megane EV, if priced well, could be a very attractive option for environmentally conscious customers.

Renault Duster production halted in India. When is the new-gen model coming?