Is the Skoda Slavia 1.5 TSI a spiritual successor to the legendary first-gen Octavia RS? We get behind the wheel to find out.

Skoda’s all-new Slavia is making waves, and for all the right reasons. We got to drive this brand-new Czech sedan a couple of days ago and brought you the review of the 1.0 TSI AT version earlier. Now, while a major chunk of Slavia’s sales will come from the smaller engine, Skoda is also offering a bigger and more powerful version of the sedan in the shape of the Slavia 1.5 TSI. This one, they say, is more driver-focused.

Available in both manual (six-speed) and automatic (seven-speed DSG) versions, the Slavia 1.5 TSI is offered only in the top-spec Style variant of the sedan and is priced at Rs 16.19 lakh (MT) and Rs 17.79 lakh (DSG). That puts it at a premium of more than 2 lakh rupees over the top-spec Slavia 1.0 TSI. So, is it worth the extra cash? 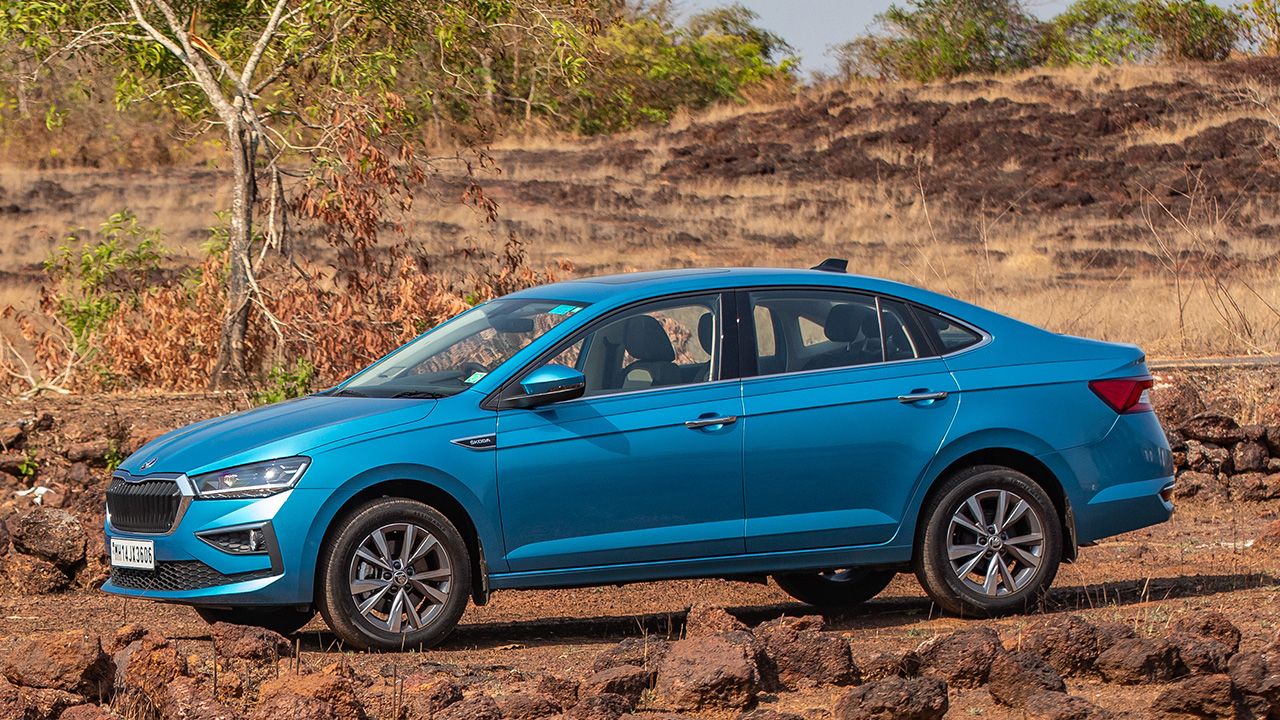 First things first, Skoda has done a bare minimum to differentiate the Slavia 1.5 TSI from the 1.0 TSI version. Forget bigger wheels or lowered-springs or anything like that, this more powerful version doesn’t even get different badging to tell it from its lesser sibling! That’s a bit surprising because the 1.5 TSI could definitely do with some sporty bits, especially when the carmaker claims that it’s aimed at enthusiasts.

In terms of exterior design, interior, features, and equipment, both versions are identical. In fact, even in terms of ride and handling, both the 1.0 TSI and 1.5 TSI feel identical for the most part. Since we’ve already discussed the design, dimensions, interior space, and its ride-and-handling in detail here – Skoda Slavia 1.0 TSI AT Review – we will be skipping directly to the main highlight of the 1.5 TSI – its engine performance.

Straight off, you can tell that the 1.5 TSI motor is in a class of its own! While the 1.0 TSI is a brilliant engine in its own right, it can’t quite hold a candle in front of its bigger and more powerful 1.5-litre TSI sibling. This one-and-a-half-litre turbo petrol is simply magical! And in a low-slung sedan, it makes an even better case than the Kushaq/Taigun duo.

The refinement level is class-leading and acceleration is much, much quicker – Skoda India claims a 0 – 100km/h time of 8.8 seconds, which is nearly 3 seconds quicker than the 1.0 TSI. Not to mention, this engine comes with the cylinder deactivation tech, which means that under low-load conditions, you virtually drive using two cylinders. From what we have experienced in its sister cars, the 1.5 TSI is actually more efficient than the 1.0 TSI. Make no mistake, the 1.0 TSI delivers more than enough oomph for a sedan like the Slavia, but once you’ve tasted the refinement and performance of the bigger four-cylinder TSI engine, its little brother will leave you wanting more. 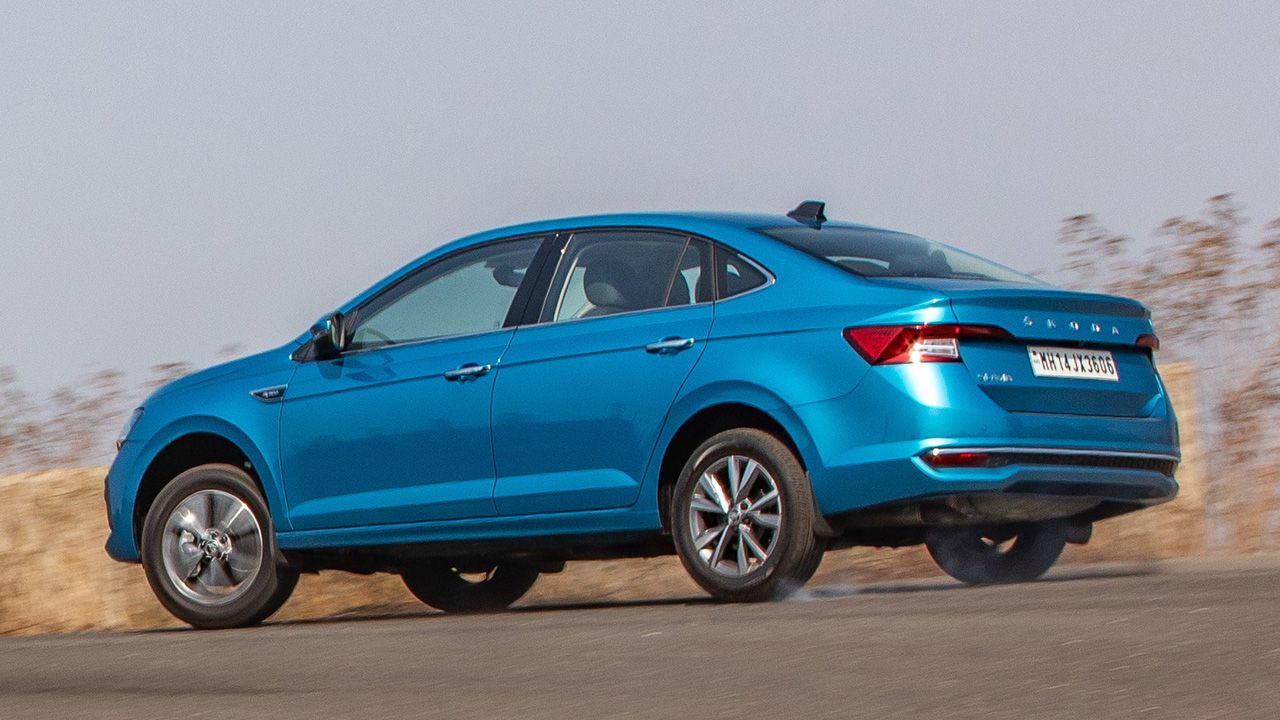 Combined with a slick six-speed manual transmission, the 1.5 TSI motor is quite a hoot to drive; however, the long clutch travel and taller gear ratios do take some of the fun away. Not a deal-breaker in any way, though. There’s the DSG version available as well, and although we didn’t get to drive it on this occasion, I can safely say that it’d be my pick of the lot based on my experience of driving the same engine and gearbox combo in the Kushaq and Taigun.

Overall, the 1.5 TSI is a driver’s car – at least, when it comes to the engine performance, it’s a proper hoot. However, we wish there was more to it than just that. It could definitely do with some upgrades in the dynamics department – stiffer springs. along with bigger and grippier tyres will definitely make it a more involving drive. That's because, in its stock form, the suspension is more comfort-oriented.

At nearly Rs 18-19 lakh (on-road), the top-spec Slavia definitely comes across as an expensive proposition. But, then, given the kind of performance and thrills it offers, it, no doubt, is a proper driver’s sedan. And, more importantly, it’s one of a kind. Sure, it’s not an outright corner carver, but given the base and the kind of performance that’s on offer, it won’t be wrong to call the Slavia a spiritual successor of the original Octavia. And, for this reason alone, the Slavia 1.5 should find a lot of takers.

Is this an all-new Skoda SUV?

Skoda Slavia 1.0 TSI Review: Can this swanky sedan rid you of your SUV obsession? | autoX