The Bounce Infinity E1 is claimed to be India’s first electric scooter to feature a swappable battery. But can it help overcome the average rider’s EV apprehensions?

So far, brands like Hero Electric, Okinawa, Ather, Ola, TVS, and Bajaj have tasted appreciable, if not monumental, success in the booming electric two-wheeler space. But despite the rapid growth of the segment, issues like lack of charging infrastructure and range anxiety continue to persist, and given the current situation, these shortfalls will remain for quite some time. So, the question is – can these constraints be circumvented? Well, this is where Bounce Infinity comes in.

How? Let me explain. Remember the United States of the 1950s? Back then, the country was grappling with the lack of definitive fast-food culture, and, then, in 1955, McDonald’s emerged on the scene to completely revolutionise the concept. The McDonald brothers (Maurice and Richard) managed to hand over a burger to each of their customers within 30 seconds of ordering at a time when the food in an average diner ended up stone cold by the time it reached a customer’s table.

Now, in my opinion, Bounce Infinity could end up doing pretty much the same for electric scooters. That’s because its E1 scooter features a removable battery – a 12kgs Li-ion pack that can be detached through a single-hand operation. It can either be swapped for a fully charged unit from the company’s numerous battery swap stations or can simply be charged at home using a standard 5A wall socket. Here’s a look at how the former approach works.

If you make a full purchase – the scooter, battery, and charger – the E1 will set you back by ₹68,999. However, opt for Bounce’s subscription scheme that lets you rent the battery and the charger, and the upfront cost of the scooter can go as low as ₹45,099 (all prices are ex-showroom, Delhi, after FAME-II and state subsidies). In the case of the latter, customers will be charged a monthly fee, ranging from ₹849 to ₹1,249 (depending on the plan selected) and will get access to Bounce’s battery swap stations. Now, at these stations, you can simply swap the depleted battery for a fully charged unit, making the process about as quick as refuelling a conventional petrol-powered scooter. 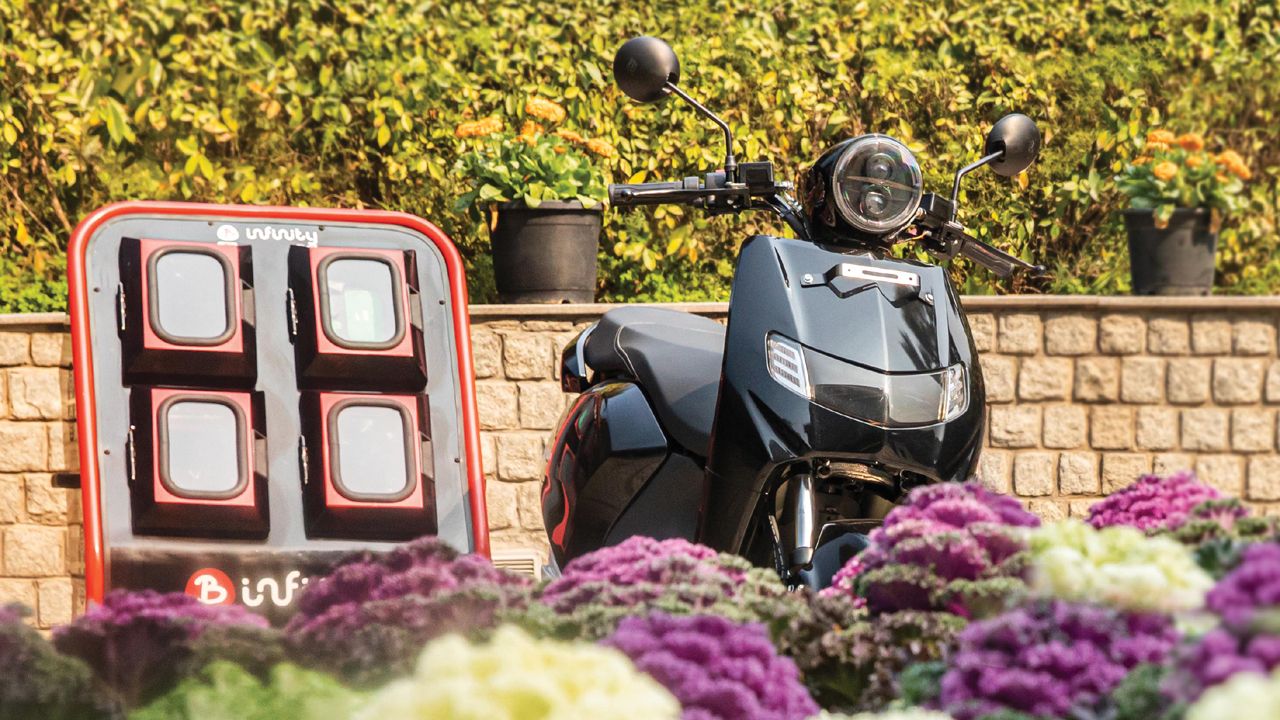 However, do keep in mind that each swap attracts a fixed charge of ₹35, and these swap stations are presently found in cities like Bengaluru and Hyderabad. To ensure that the swapping model offers maximum efficiency and financial feasibility to customers, Bounce Infinity is planning to set up about 300 swap stations per city in its leading markets within the next 12 months.

Now, with the pricing and subscription model out of the way, let me dig deeper into what the E1 is all about and what it offers.

In terms of specifications, the E1 is quite basic. It’s propelled by a BLDC hub motor, which draws its power from a 2kWh Li-ion battery pack. While 1.5kW is the motor’s nominal output figure, it goes up to 2.2kW (2.95bhp) at its peak. Thanks to this, the E1 claims a humble top speed of 65km/h and offers 85Nm of torque. Plus, to optimise range and performance, riders also have at their disposal two riding modes – Power and Eco. 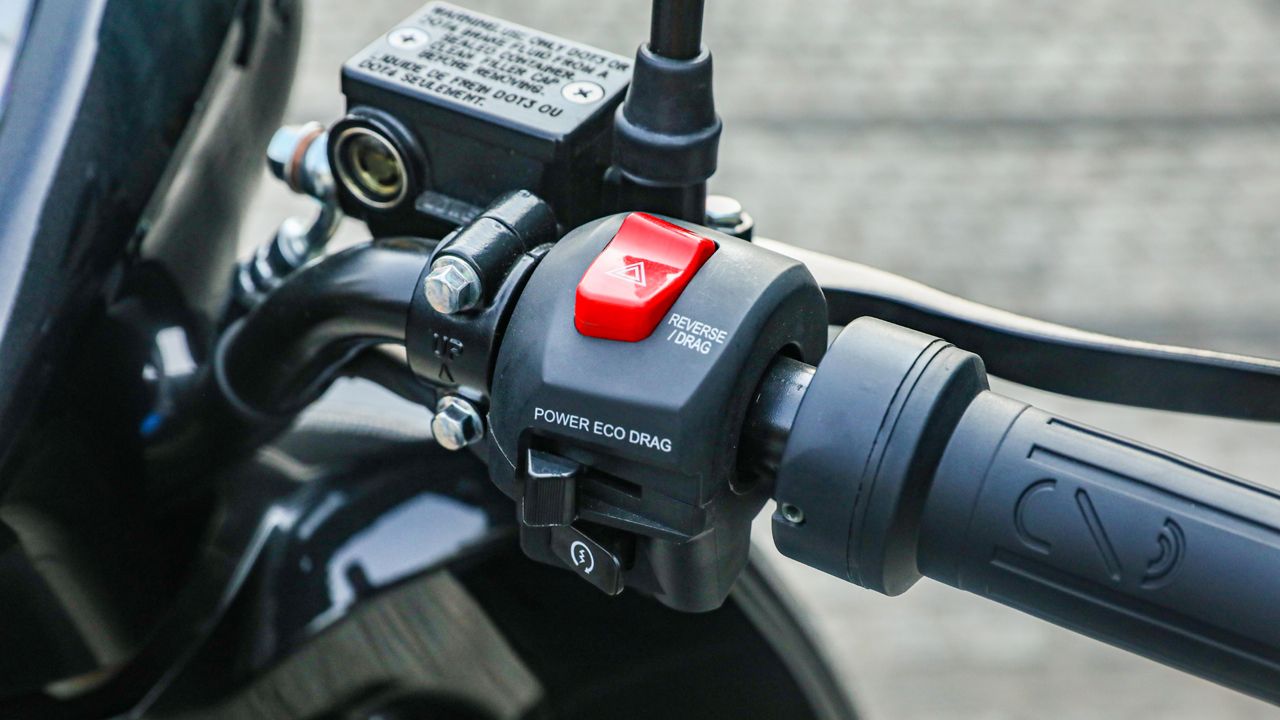 In Power mode, the torque surge is noticeable the moment you set off, but it plateaus much before one would expect. During my ride, the E1 struggled to go beyond the 45km/h mark on a straight road, and the claimed top speed was achieved only towards the end of a long downhill stretch. In Eco mode, the speed is capped at 40km/h. So, this can pretty much be used only when it’s running out of juice. Speaking of which, Bounce Infinity claims that the E1 can ride up to 85kms on a full charge (in Eco mode). However, expect the real-world figures to be around 40 – 45kms in Power mode and 50 – 55kms in Eco.

So, as my ride came to an end, I was quite certain that the E1 has limited use – it’s best suited to small arterial roads within the city and, most definitely, is not recommended for use on main roads or inter-city highways, with high-speed traffic.

On the upside, what impressed me about the E1 was its overall ride quality and handling. Sure, the scooter weighs just 94kgs – something that adds to its manageability. But despite not having much weight on the suspension, its ride still induces confidence, and bad surfaces are absorbed quite well. In short, the E1’s relatively low weight does not hamper the suspension’s absorption capabilities. On uneven surfaces, though, some panels, like the headlight assembly, do squeak and rattle a bit. 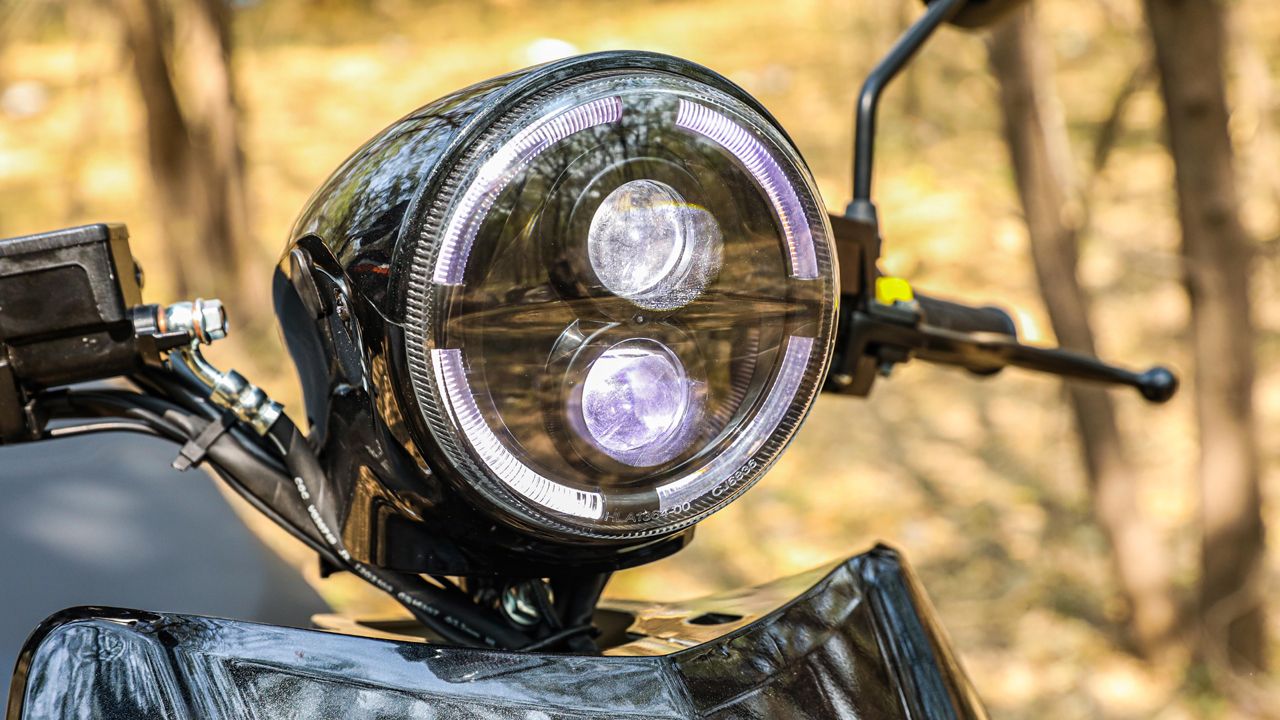 The E1 is also feature-loaded. Not only does it feature a fully-digital instrument cluster, LED lighting, dual embedded SIMs (one in the scooter and one in the battery), over-the-air (OTA) updates, location tracking, geo-fencing, anti-theft, and tow alerts but also some top-of-the-shelf goodies, like cruise control, a reverse assist, drag assist, Bluetooth connectivity, and the aforementioned riding modes.

I feel that the E1 lacks an adequate amount of performance to satisfy an enthusiastic rider. But at its price, the E1 seems to offer a fairly compelling package overall, especially when you compare it to some of the other electric scooters on sale. Add to the mix its rich list of features and appreciable styling, and the E1 comes across as a step in the right direction. But, at the end of the day, the E1’s USP is its battery swapping tech, which can only be successful if Bounce Infinity can set up the swap station infrastructure in time. 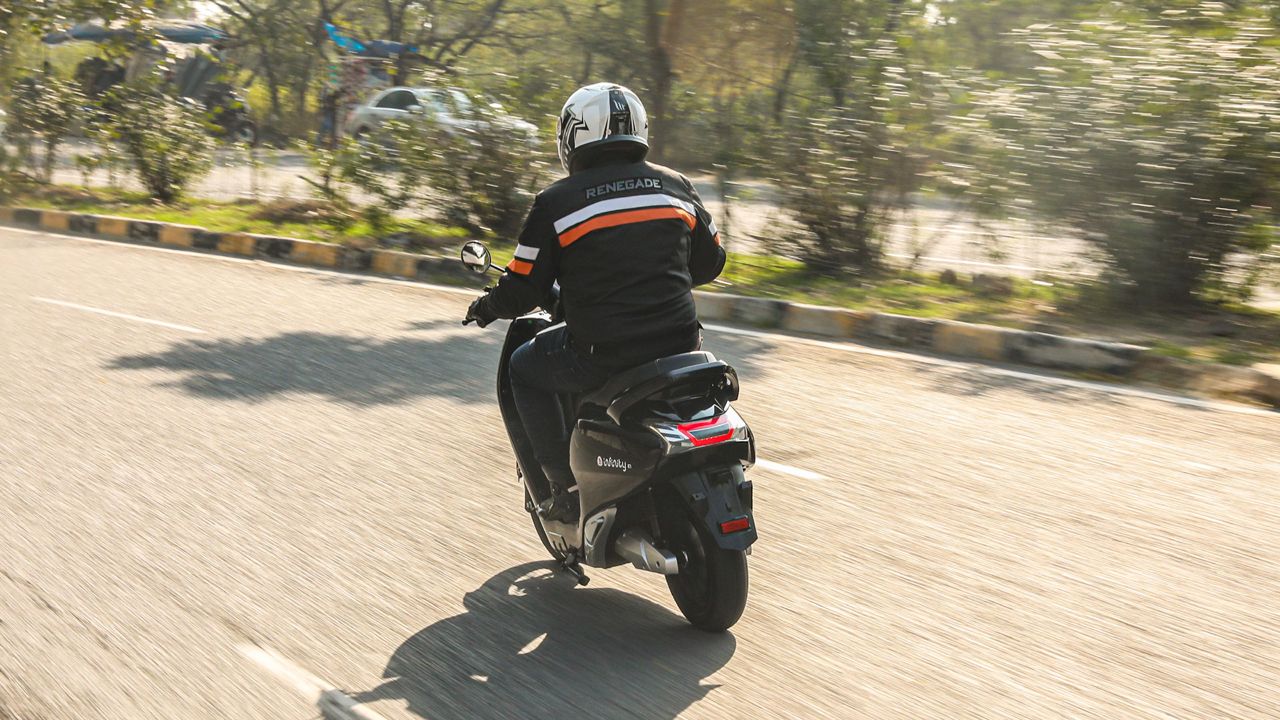 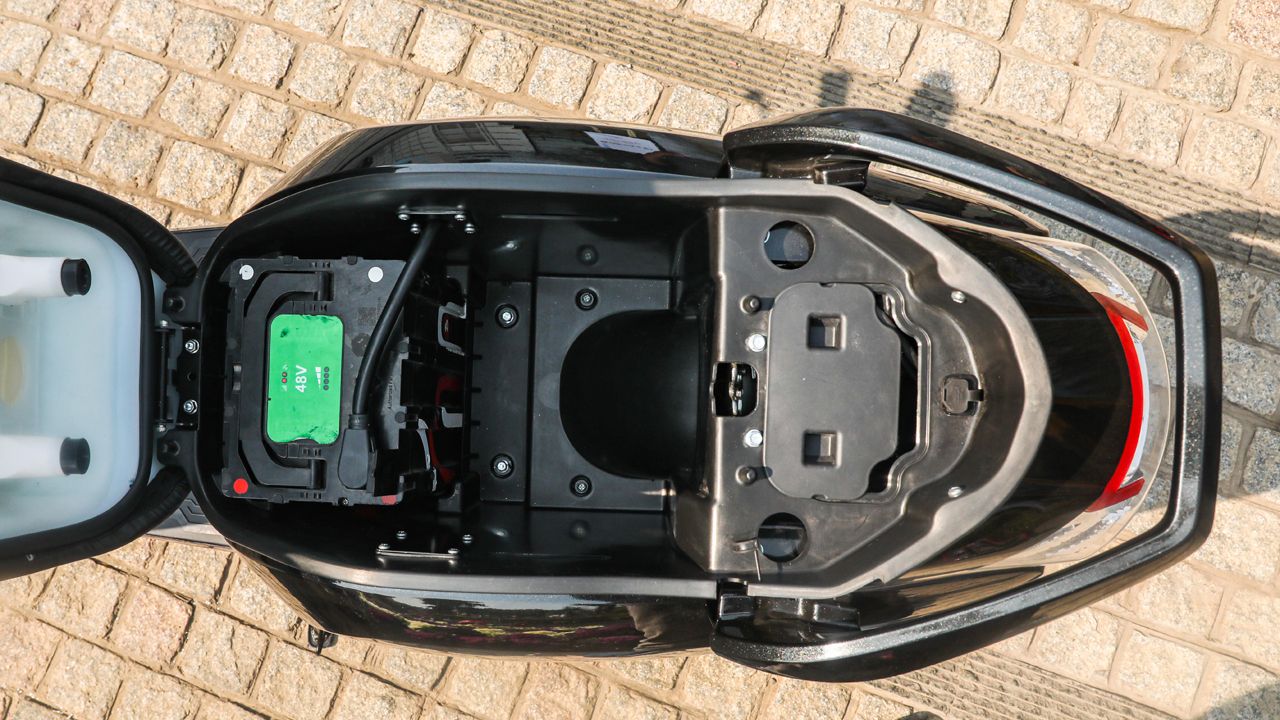 The battery eats up a significant amount of boot space, leaving just 12 litres of it!

X-Factor: Given its swappable battery tech, the E1 can be a potential game-changer in the electric two-wheeler space!